St. Ansgar’s Church, completed in 1957, was erected in almost exactly the same place as the original church of the same name, which had been destroyed in the war. The parabola determines the floor plan of the overall complex and for the church interior. The ensemble including communal rooms, a recessed sacristy with an inner courtyard, and the church itself can be interpreted as a segment of a parabola, where the central axis points to the street corner, allowing a large plaza to open up. It is slightly turned toward the east, to face away from the rail viaduct and to open toward the street. A wall and flat steps link the various parts of the complex to one another and separate the church from the public space. The parabola is revealed explicitly in the church interior with the al tar as focus. While the closed, brick western wall protects the church space from the rail viaduct, the flank of the eastern wall is shortened dramatically, dissolving into a staggered wall of windows on concrete grids the height of the building. They form a zigzag pattern with matte ornamental windows and the three covered entrances. One of the three concrete supports of the stylized church tower (the bells were a gift from Konrad Adenauer) is topped by a cross that is visible from afar. 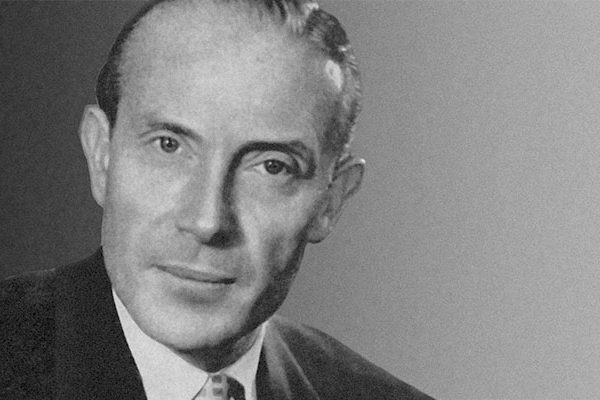