The southern Hansaviertel before and after its destruction 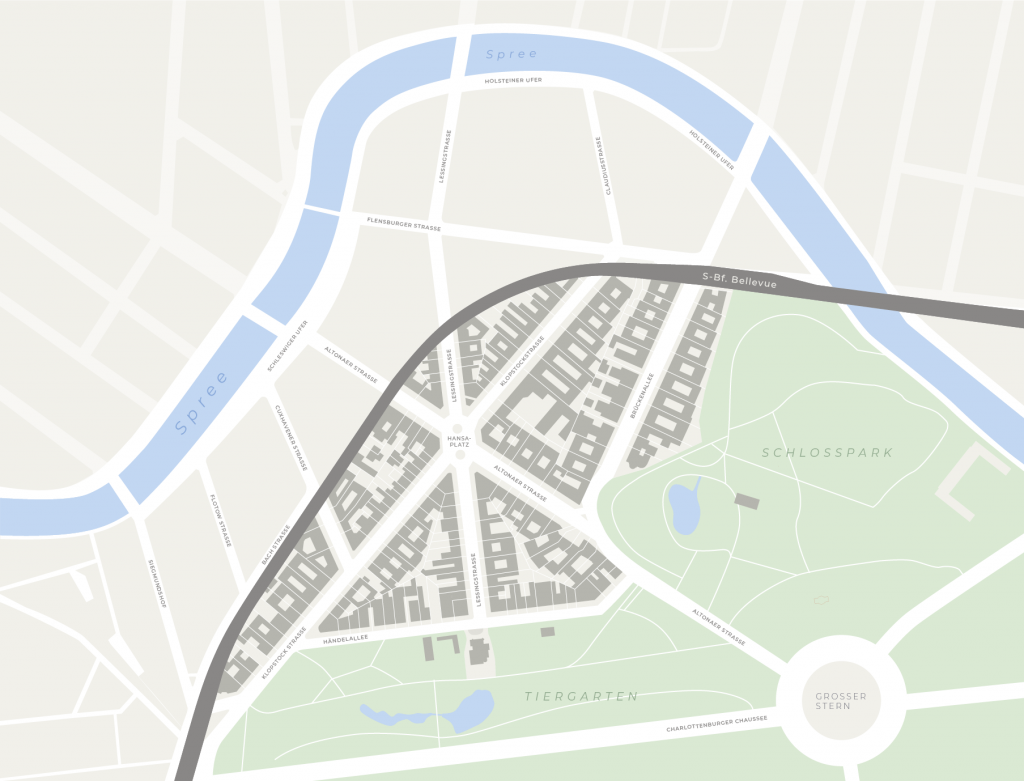 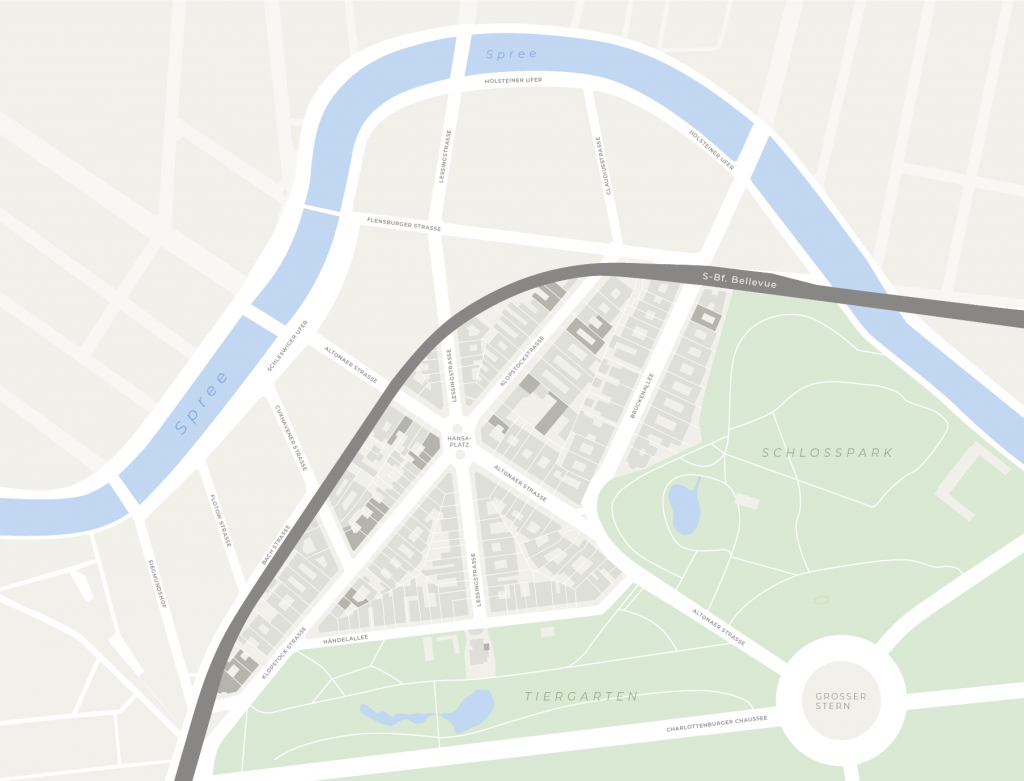 When time stood still – The bombardments of Berlin and the Hansaviertel

Life in the Hansaviertel was largely extinguished during the Second World War. When the Allied Air Force flew several waves of attacks on Berlin in March and November 1943, about two thirds of the residential buildings in the Hansaviertel were destroyed, along with many other districts of the city. The bombardments and the subsequent firestorm cost many people their lives. Those who were able to protect themselves in the bunkers lost their belongings and their homes.

As the imperial capital, industrial center and seat of Adolf Hitler’s government, as well as the official seat of all the important command authorities, Berlin was particularly targeted by the Allied attacks. They hoped that the “Battle of Berlin” would bring about a decisive change in the course of the war. There had already been several air attacks on Berlin since 1940, but the initial focus was on war-related targets such as armament facilities, industrial plants and infrastructure. In 1942, the Allies changed their strategy. As a reaction to the German bombing of London and the destruction of Rotterdam by the German Air Force, the British also set their sights on non-military targets – especially residential areas – with the Area Bombing Directive of February 1942. Through the so-called “moral bombing” (1) they hoped to demoralize the German civilian population, who would then overthrow the Hitler regime. This strategy was to be supported by the dropping of leaflets over Berlin with the message: “You can overthrow the Nazis and make peace” (2).

The Americans were also preparing for more effective air strikes against German cities. In May 1943, the German Village was built on the Dugway Proving Ground in Utah, which consisted of replicas of typical tenement buildings. (3) Here the armed forces tested various warfare agents, and also the fire behavior of the residential buildings. The Royal Air Force and the United States Air Forces then used this knowledge during their attacks on German cities from 1943 onwards. In Berlin, large parts of the inner city were destroyed: the districts Wedding, Mitte, Prenzlauer Berg, Schöneberg, Steglitz, Friedrichshain and Kreuzberg, as well as the center between Alexanderplatz and the Brandenburger Tor, were largely destroyed by the area bombardments (4).

Of the 343 residential buildings in the Hansaviertel, only 70 largely survived the destruction. Most of the trees in the Tiergarten also burned to the ground. Some of the remaining trees were chopped down by the needy population in the ice-cold winters after the end of the war to be used as fuel, while in spring they used the areas that were now freed-up to grow vegetables. Planting and reforestation did not begin again until 1949, when the Governing Mayor of Berlin, Ernst Reuter, symbolically planted the first linden tree on 17 March. (5) The Hansaviertel was not to be rebuilt until 1953 as part of the Interbau International Building Exhibition.