Pierre Vago created a complex, split-level residential structure, occupying an intermediary position on the Interbau site between the low-rise buildings, the linear structures, and the larger buildings to the north. The artfully-designed eastern façade with the balconies of differing depths and heights refers to the structure of the building with rooms sometimes 1 1/2 storeys high. On the building’s eastern side, apartments were created with either two ceiling heights or two floor levels (see sectional drawing). The western and the southern façades were also designed intricately, the form of the colored wall panels (originally made of glass, now enameled metal) fitting together with the windows, framed by the concrete. Vago constructed the ground floor as an open hall that provides access to the stairwells and was intended as a covered play area for children. To the west it is only marked by a delicate railing. The hall merges with the greenery as a kind of “mineral garden”. 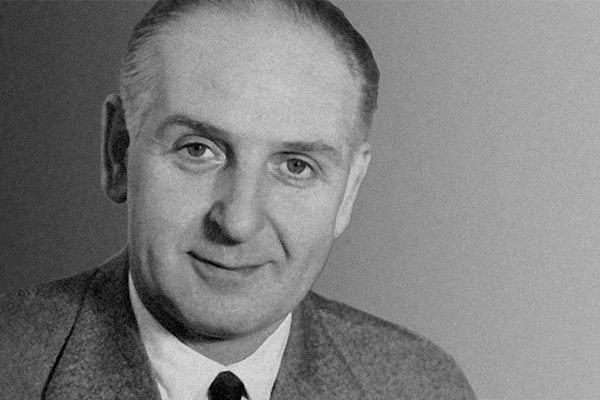