This three-storey building on Hanseatenweg, located between the Niemeyerhaus and the Akademie der Künste, with row houses to the south, offers 21 one-room apartments. The units are reached via three walkways and a stairwell that juts out to the north. Kitchens and bathrooms face north, while All the apartments have a main room with a south-facing loggia overlooking the landscaping around the building into Tiergarten, with a seamless transition between the two. The balconies jut out slightly from the façade with white balustrade elements and narrow blue metal rods in a ratio of 3 to 1. These filigreed blue rods also serve as a balcony railing, and as a linking element to the walkways and the entrance on the northern side of the building, which is otherwise entirely white. With these few elements, the architect gives the simple building a playful aspect. This student of Tessenow built very small apartments in post-war Vienna that could be combined to form larger units. He was also a key architect in designing Frankfurt’s Römerstadt and Westhausen. 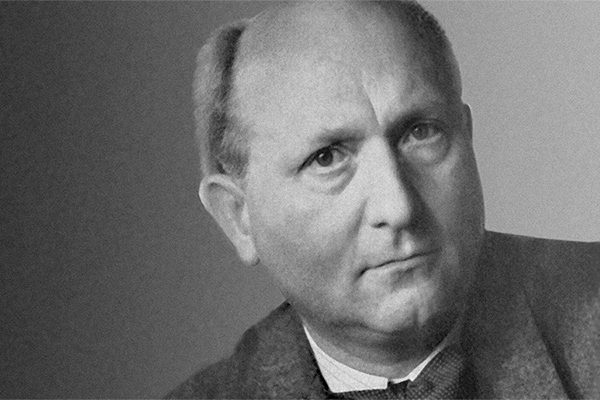