The urban planning concept behind the Hansaviertel envisaged this building as either the opening or the closing bracket for the series of large linear buildings. The building was intended to include small apartments as well as larger spaces for commercial use and a post office in particular. Eiermann, a proponent of a rationalistic, geometrically-clear architecture, developed a slab building with stairwell towers at the narrow ends. Storeys alternate between those with studio apartments and corridors and those with two-room apartments without corridors. These units can only be reached from the floor below, with a short stairwell leading to the upper storey. The two-room apartments cut through the building and have rooms facing both east and west, while the one-room apartments (with closets on the eastern façade) are exclusively oriented toward the west. All apartments feature loggias. Their filigreed railings and the cross wall supports on the ground floor refine the façade pattern and loosen its strict symmetry. 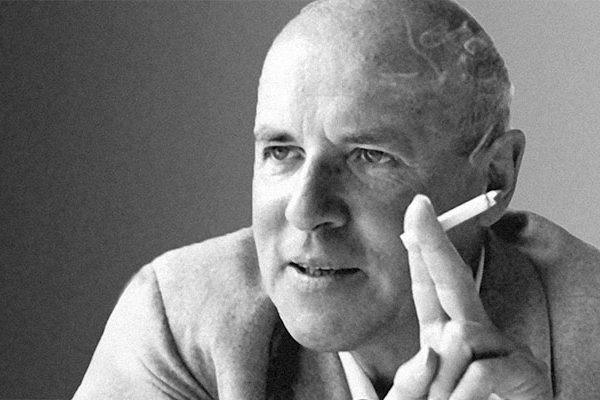