The asymmetrical, flat building designed by the firm Fehling, Gogel & Pfankuch, planned as a temporary exhibition pavilion, was placed at the entrance of the Interbau and exhibited the competition for redesigning Berlin as the nation’s capital . The freely-composed structure has a 450-square meter exhibition space and a smaller office tract, covered by two divergent lean-to roofs that rise toward the south and toward the northern courtyard. Toward the street and the courtyard, the exhibition space is glazed with window elements with narrow steel frames from floor to ceiling: this makes the building seem light and transparent. Like the Hansabücherei, it does without thresholds, seemingly abolishing the separation between outside and inside. The massive exposed concrete wall on the western side narrows to a three-sided, irregular outlining of the courtyard. The sectional drawings show the pavi l ion as a dynamic building rising toward the south, whose roof continues the courtyard wall linearly. The influence of Hans Scharoun on Hermann Fehling and Peter Pfankuch is visible in the design of the angular pavilion. After Interbau, the pavilion continued to be used as an exhibition hall, enlarged by Daniel Gogel in 1987. In 2005, it became a fast-food restaurant. 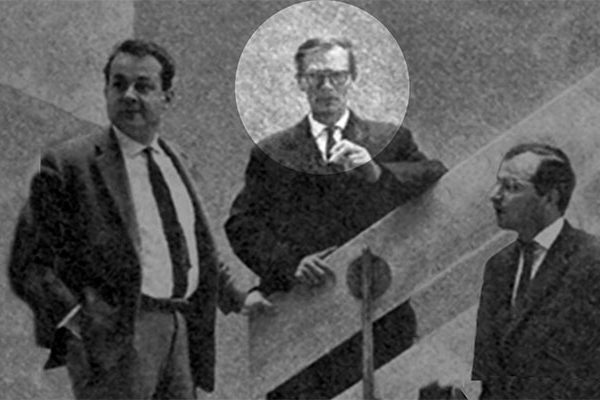 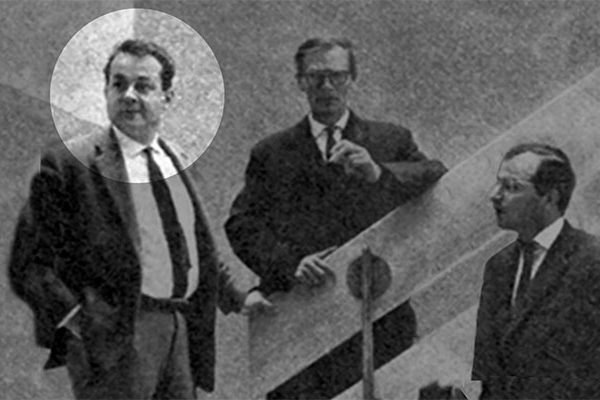 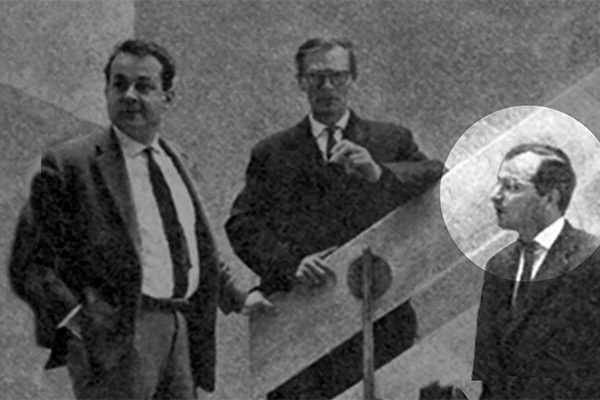