[ Not located in the Hansaviertel ]

The Corbusierhaus (Type Berlin) was adapted to Berlin from a prototype that the architect had twice previously realized in France. In 1957, Corbusier was one of the most influential architects in the world. His building was thus an important contribution to Interbau. Due to its size—the complex has 527 apartments—it was not built at the IBA site but on a hill near the Olympic Stadium. Typical for Le Corbusier is the elevation of the building on supports and the dimensions using his

Modulor system. The maisonette apartments with windows at both ends over two floors are four meters wide and are accessed by way of a corridor without daylight only required on every third floor (so-called “streets”). The building includes shops and communal spaces and was supposed to serve as an autonomous, “vertical ” city. This concept, the richly-varied architectural design, the color of the loggias and the reliefs on the ground floor make the building a total work of art. 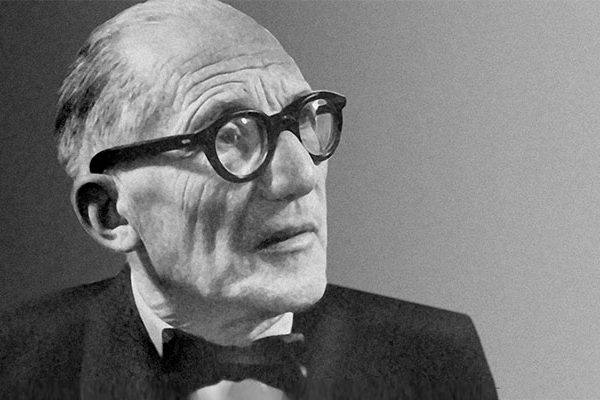